Were You Exposed to Contaminated Water at Camp Lejeune?

Lawsuits are being filed for those who lived or worked at Camp Lejeune between 1953 and 1987 who were potentially exposed to contaminated water. 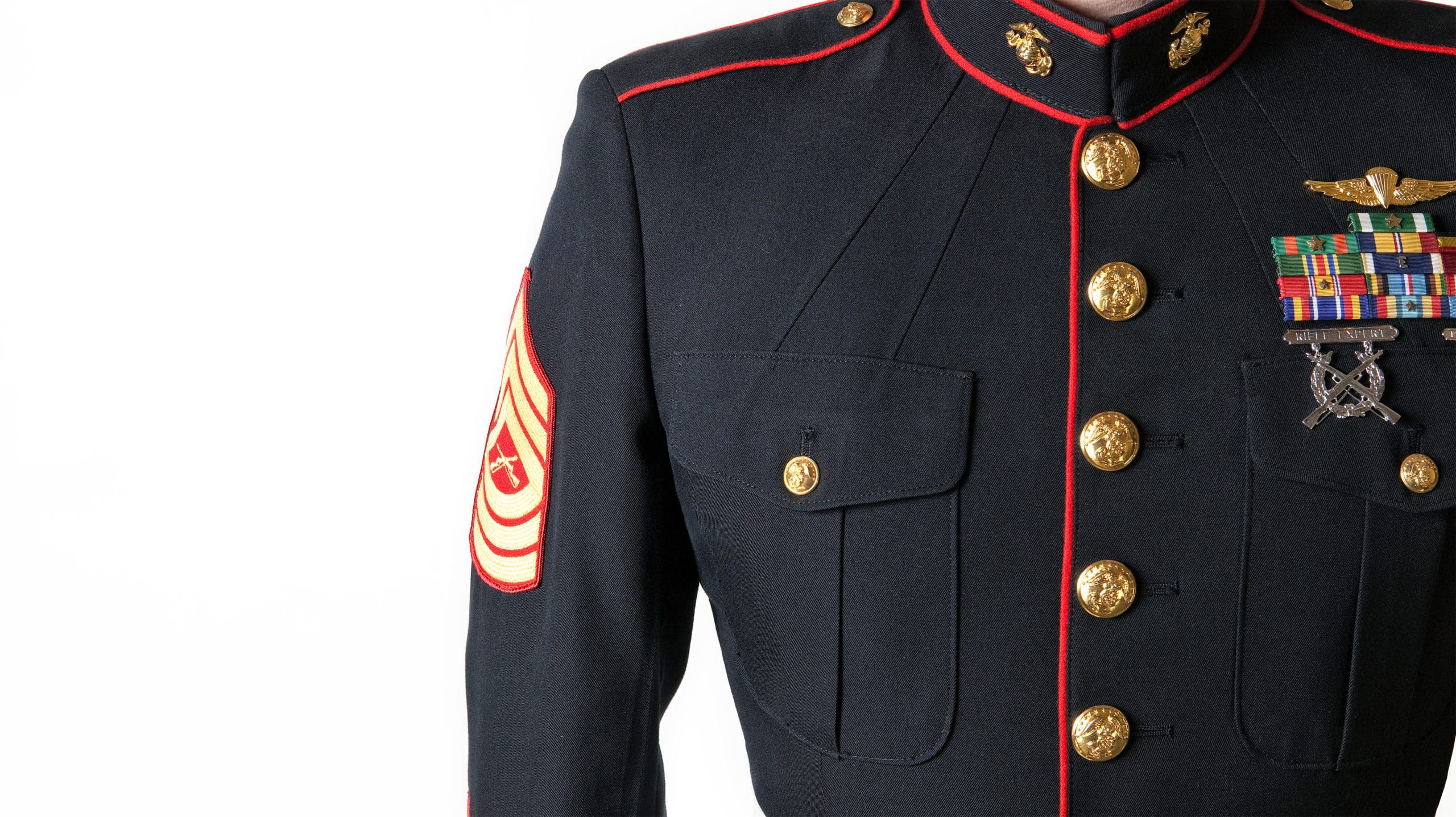 Contaminants including PCE (perchloroethylene), TCE (trichloroethylene), Benzene, and Vinyl Chloride were found by the Federal Government to exceed the EPA’s maximum contamination levels by hundreds of times.

Ingesting these chemicals can cause severe health concerns, so if you or a loved one were affected by contaminated water at Camp Lejeune between 1953 and 1987, you may be entitled to significant compensation. Our team at the Jim Glaser Law firm wants to help you seek the justice you deserve, get in touch with us today for a free case review.

We Make Getting Help Easy

We strive to make getting legal help as easy as possible. All you have to do is give us a call or fill out the online form, and we’ll take care of the rest.

We’ll Fight for Your Rights

If you were exposed to contaminated water at Camp Lejeune, you should know that you have rights and our team is here to help you fight!

You Can Afford Quality Legal Help

We work on a contingency-fee basis, which means we don’t get paid unless you do! You never have to worry whether you can afford quality legal help.

What You Need to Know About Camp Lejeune Lawsuits

In order to supply these Marines and civilians with potable water, Camp Lejeune had its own public water system. In the 1980s, environmental testing at Camp Lejeune led to the discovery that the water supply going to Camp Lejeune residents and employees was contaminated with extremely dangerous chemicals.

Although the contaminated wells were shut down, there was not much action in terms of healthcare and concern for those who had been affected. In 2008, President Bush signed a bill that required the Navy to further investigate the injuries and deaths that resulted from contaminated water at Camp Lejeune, and in 2016 roughly 800 lawsuits were filed. Those cases were dismissed, and in 2021, the Camp Lejeune Justice Act was introduced to the House of Representatives.

That bill was officially passed through Congress on August 2, 2022, and was signed into law by President Biden on Wednesday, August 10, 2022. Victims will have two years from the signing of the bill to file a Camp Lejeune water contamination lawsuit.

With the statute of limitations in place, there’s no time to wait. If you or a loved one were exposed to contaminated water at Camp Lejeune, get in touch with our team today and get started on your free case review.

Don’t Know What to Do If You or a Loved One Exposed to Contaminated Water at Camp Lejeune? Jimmy Knows!™

If you lived or worked at Camp Lejeune between 1953 and 1987 and developed a severe illness, you may be entitled to compensation. Attorney Jim Glaser is here to help.

Do I Have a Case?

Under the Camp Lejeune Justice Act, anyone with exposure to contaminated Camp Lejeune water for at least 30 days between August 1, 1953, and December 31, 1987, will be eligible to file a lawsuit and fight for compensation.

If you meet these requirements and think you may be eligible to file a lawsuit, contact the Jim Glaser Law Firm. We’ll discuss your case with you and provide the guidance you need to know what your next steps should be.

Are You Within the Statute of Limitations?

The Camp Lejeune Justice Act was signed into law by President Biden on Wednesday, August 10, 2022. Victims of the contaminated water at Camp Lejeune will have two years from the signing of the bill to file a lawsuit.

If you’ve suffered from a serious illness or cancer like those listed here after exposure to contaminated water at Camp Lejeune, get in touch with Attorney Jim Glaser today.

Are You Wondering If You’re Eligible for a Camp Lejeune Lawsuit?

If you lived or worked at Camp Lejeune between 1953 and 1987, you were likely exposed to contaminated water, and you may be eligible for a lawsuit. Don’t wait, Jimmy knows™ how to help!

How Can a Lawyer Help?

Your attorney at Jim Glaser Law can serve as your dedicated partner in your fight to get the compensation you deserve after suffering an illness associated with water contamination. Having the right attorney by your side can help you and your family navigate the confusing waters of the legal system and avoid critical errors that could cost you your rights. In addition, we can gather evidence, investigate the claim, and do all the legwork for you.

If you or a loved one were exposed to contaminated water at Camp Lejeune, you’ve already been through enough. Attorney Jim Glaser is here to help you figure out if you have a case, and if you do, he’ll fight for you every step of the way. If you don’t know what to do, don’t worry – Jimmy knows!™

We’ll review your case for free, all you have to do is give us a call or fill out our online form.

If you’re eligible for a lawsuit, our team will get to work right away building the strongest case possible by gathering medical records, testimonies, and any other evidence that could be relevant to your case.

We’ll file the Camp Lejeune lawsuit on your behalf. We’ll take care of all the paperwork and complex legal processes. You’ve already been through enough, we’re here to help.

Once your lawsuit has been filed, we’ll handle the negotiations with the defendant. In this case, the defendant is the federal government of the United States. We’ll do everything we can to get you compensation you rightfully deserve.

If necessary we’ll present your case in court. With so many cases being filed for Camp Lejeune lawsuits, going to court is unlikely but in the event we need to, we’ll fight for you every step of the way.

Not Sure What To Do About Your Camp Lejeune Lawsuit? Jimmy Knows!™

Attorney Jim Glaser is here for you and is ready to answer any questions you may have about filing a Camp Lejeune lawsuit.

Individuals will have two years from the date the bill is signed by President Biden to file a lawsuit. That means the statute of limitations will run out on August 10, 2024. That’s why if you believe you have a case, you should contact Attorney Jim Glaser as soon as possible.

Because of this, dangerous chemicals called Volatile Organic Compounds (VOCs) were found in the water serving the base housing and a variety of other buildings on base.

Since we’re still in the early stages of filing cases, it is hard to estimate what the typical settlement amount for a Camp Lejeune Water Contamination Lawsuit would be.

The settlement amount for each individual case will differ based upon the injuries suffered, conditions diagnosed, amount of time spent at the base, and other factors.

Depending on injuries and evidence, individual settlement amounts for exposure to contaminated water at Camp Lejeune could be significant.

No, there is currently not a Camp Lejeune Class Action Lawsuit.

With the passing of the Camp Lejeune Justice Act, lawsuits will be filed in the U.S. District Court for the Eastern District of North Carolina. As the number of lawsuits filed is expected to be significant, the cases will eventually likely be consolidated into an MDL class action lawsuit.

At the Jim Glaser Law Firm, we work on contingency. That means we’re paid from the settlement or verdict amount, not from your pocket. There are absolutely no upfront or out-of-pocket payments, we don’t get paid unless you get paid.